Andy & Chaz Bugger off to America! By Quanda R. Graves 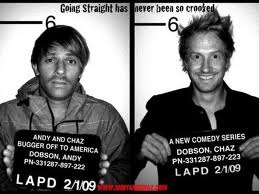 Let me start off a little different. I had an absolute blast when I got a chance to interview three handsome, fun and great smelling guys that were the two cast members and writer of the new web “British Comedy Series” entitled Andy & Chaz Bugger off to America! The series is about two brothers that are BIG time criminals but are not at all, very good at it!

One brother becomes conflicted (thinking about changing his ways for the good) while the other is having much fun being a bad guy and is destined to make sure his brother’s confliction is kicked. The writer of this fresh new web series is Richard Keith and the two characters are, Andy played by Craig Roberts and Chaz played by Darren Darnborough whom you can also find in “Divine White’s Introduction to Hollywood.” 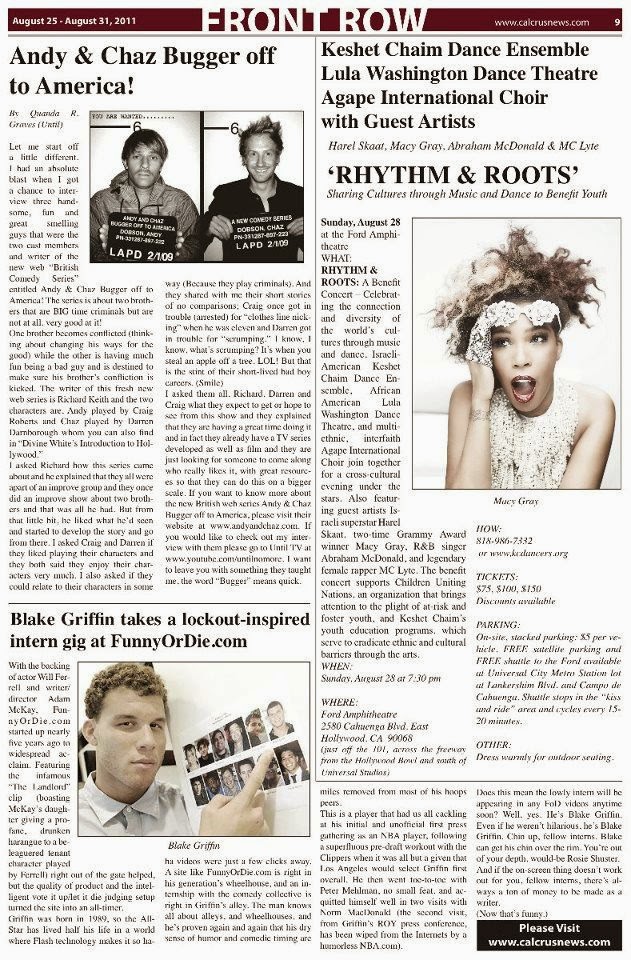 I asked Richard how this series came about and he explained that they all were apart of an improve group and they once did an improve show about two brothers and that was all he had. But from that little bit, he liked what he’d seen and started to develop the story and go from there. I asked Craig and Darren if they liked playing their characters and they both said they enjoy their characters very much. I also asked if they could relate to their characters in some way (Because they play criminals). And they shared with me their short stories of no comparisons; Craig once got in trouble (arrested) for “clothes line nicking” when he was eleven and Darren got in trouble for “scrumping.” I know, I know, what’s scrumping? It’s when you steal an apple off a tree. LOL! But that is the stint of their short-lived bad boy careers. (Smile).

I asked them all, Richard, Darren and Craig what they expect to get or hope to see from this show and they explained that they are having a great time doing it and in fact they already have a TV series developed as well as film and they are just looking for someone to come along who really likes it, with great resources so that they can do this on a bigger scale. If you want to know more about the new British web series Andy & Chaz Bugger off to America, please visit their website at www.andyandchaz.com.

If you would like to check out my interview with them please go to Until TV at www.youtube.com/untilnomore. I want to leave you with something they taught me, the word “Bugger” means quick.  Until…