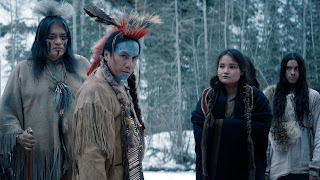 Sometimes we start off with a clear focus on a vision and somewhere along the way we allow someone to blur our vision and before we you know it, the intended mission was not met, all because we gave someone our power to complete our mission without our preferred ending.

With “Lost Face” I don’t know what happened. I don’t know if he walked away completely disgusted or the guy he was going to kill placed a spell on himself that was easily transferrable once he went through the action of completing his death. Either way, what I do know and can tell you is that “Lost Face” lost in the end because he didn’t continue on his original plan. Even with many warnings from his tribe people. You know that term curiosity killed the cat? Well the desperate man led with being intriguing first.

The film “Lost Face” will teach you a few things: 1. Stay the coarse. 2. Listen to those around you who started with you and know what the mission is about. 3. Build mind control because if you don’t, you’ll be easy to manipulate which is so beneficial to those who want to use you. Lost Face the film was intriguing, blunt and cold. It draws you in, keeps your attention until the very end and leaves you cliff hanged in a good way. 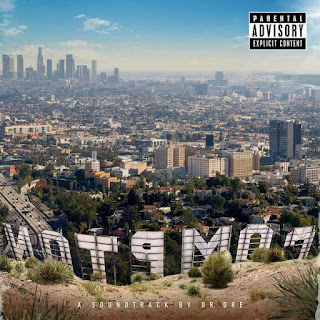 So, I've been listening to "COMPTON" and when I tell you Dr. Dre did that. HE DID THAT. Beginning from Kendrick Lamar, King Mez to Eminem, Ice Cube, Candice Pillay Snoop Dogg, Jill Scott, and Anderson Paak and many more. "COMPTON'' is CERTIFIED.

It is: Electrifying. Chaotically beautiful. Consciously Raw. Feel Good Music at its best. Nostalgic, tempered. Flaringly GANGSTA...  What you get from that album is that “COMPTON” never left, ain't gone leave and here to stay.

And while I don't condone his past or his macho bravado as untouchable when it comes to women. One thing about Dr. Dre., which you can never take away. HE KNOWS MUSIC. In conclusion "COMPTON" Knocks, goes, Bangs, Rocks, Subs and all of thee, above. That is all. 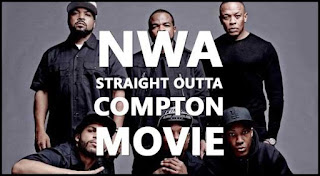 Where do I begin? People have been waiting for this movie, including myself. Highly anticipated, it was, as you can tell by the box office, three weeks in a row, “Straight Outta Compton” the #1 Movie. Congratulations are in order!!!! The writers, the producers, the director, the entire cast and everyone else involved. History has been made. You should be proud. As it was once said that black movies are not a good investment.  I bet that has changed, now. Though it may have changed with Tyler Perry or before that. But I digress.

Who wouldn’t want to see this movie? To hear “Cruising down the street in my 6’4” or “Gimme that beat fool it’s a fulltime jack move!” and many other lines to our favorite songs. So when I saw the movie, I was in awe. The cast of Dr. Dre, Ice Cube, MC Ren, and Yella, was eye catching. Though, Jason Mitchell as Eazy E, left me, floored, overall, everyone did an amazing job. Moreover, all of their back stories, made it even more special. However, I am not blind to the missing of many things; JJ Fad, the transition from one record label to another, the collaborations with other artists, Dr. Dre’s run in with Dee Barnes, and domestic violence history with his ex-finance, Michel’e. I also wondered why they didn’t show why Dr. Dre had so much anger inside of him toward women or just period. Furthermore, I was also looking for the parent figures in this movie, that’s important when you’re sharing a story of men.

The movie was geared so much around men that it was almost like the women had no significant place in their history. It seems as though Ice Cube was the only one with a parent cameo, outside of Dre, a girlfriend and a loyalty to value a person’s word and friendship (overall good guy) and I even question that. Also, the transition of Eazy E, he went from being a hard gangsta in the beginning but then as the movie progressed, his character softened. Though I didn’t know him, from what was always projected from him and of him, he just didn’t seem like the person to be soft in the areas they made him. For instance, he took a gun on tour, but wouldn’t take one to go see Suge Knight? Doesn’t seem believable.

We all know gangsta’s in our lives and while they are surely not invincible, the whole point of a gangsta is to not take anything lying down, right? So that part needed a little work. However, In conclusion though. My opinion of the movie is this; it was nostalgic, naturally funny and evoked so many memories good and bad. I liked the fact that it was classically raw and chaotically sweet, with the music that made your feet remember those old school beats. N.W.A, has one of many soundtracks to our lives. I enjoyed it for its entertainment purposes and I’m happy that it has had such great success.

Unfortunately, everyone one did not benefit from this movie in a good way, and for some, it stirred up a great sorrow, pain and discomfort, so I want to say this. Now, I don’t condone domestic violence and I do have softness for the women that were hurt in this history of this movie that was not displayed. Please know that I will pray for you and hope that the Lord will heal you of the pain and memories to the point you end up having an overwhelm of bliss. Often we don’t realize that one person’s joy can be another person’s pain. I’m never oblivious in understanding that. While I enjoyed the movie, I did think about many others that were affected in many ways. Hope you did too.  QRG
Posted by Until... at 6:09 PM No comments: